Building for the FUTURE! 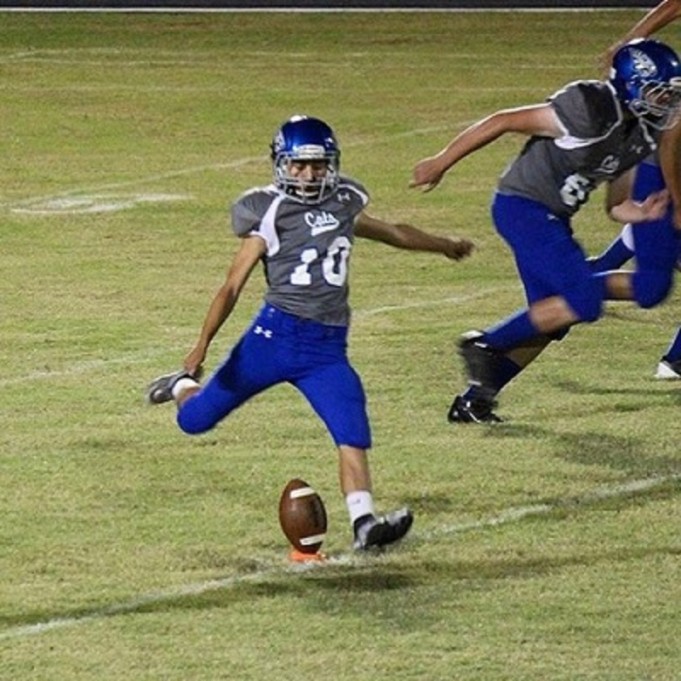 San Tan Foothills High School Kicker Raul Aranda
San Tan Valley, Az – There is no I in team. It takes every single person on the roster doing their part in order to make a win happen. The big guys on the line protect. The taller fast guys either take it to the house, or are the last line of defense to keep the other team from scoring. The Quarterback reads the defense carefully and has to make quick decisions. Now what about the kid who only comes in on two occasions? You have either just scored, or are close enough to taste it but need an extra ‘kick’ in the pants. Every team depends on the strong leg of their Kicker when it’s 4th & 8, the score is tied and there’s 2.1 seconds left on the clock. Maybe that’s what keeps the kicker going. San Tan Foothills High School has a kicker with the heart of a Sabrecat. Raul Aranda knows that it is practice that makes the player. He takes the time to make sure he is in shape and ready come Friday night. Aranda is a regular attendee to the Cardinal/ASU kicking games with former NFL star Luis Zendejas, and a varsity starter his Sophomore & Junior years. During the 2014 season, Aranda and his Sabrecats went to the State Playoffs. Although their season was cut short, Raul claimed the Special Teams Player of the year with 40/44 PATs and 5/7 Field Goals, 55 total points scored. He trained during the offseason and came back strong as a Junior in 2015 with 22/24 PATs and 3/6 Field Goals and 31 total points scored. With the 2016 season fast approaching, Aranda is working hard off the field keeping his grades up and his head down. He knows that he will have to finish his Senior year strong. He wants to go to college and kick at the collegiate level. He understands the amount of work that it will take to get there, and he isn’t afraid. With legendary coach John Sanders by his side, Raul Aranda is going to take the West Valley by storm. Keep working kid, we’ll be watching. 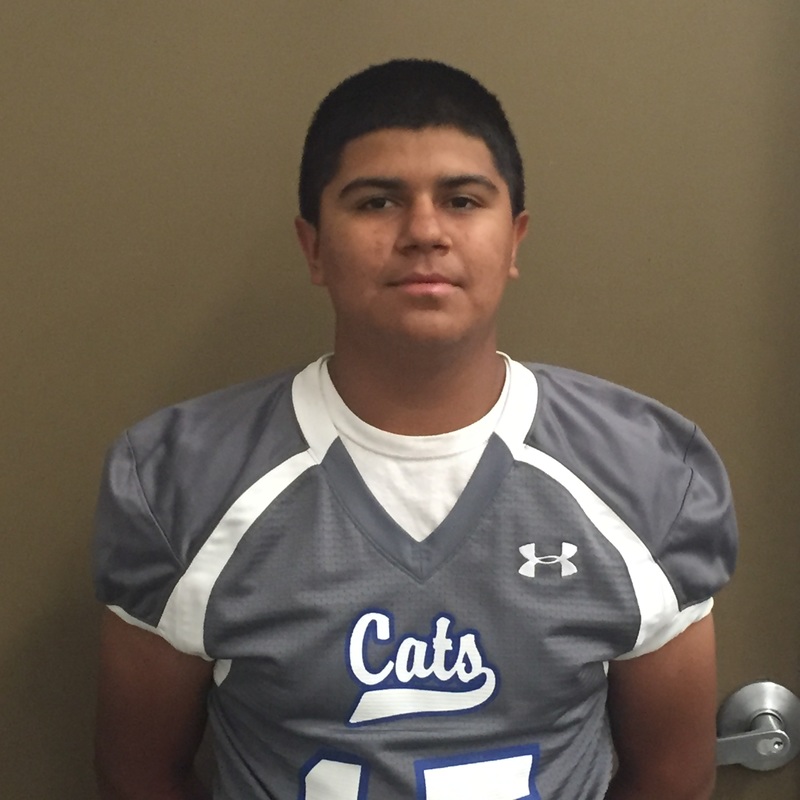 While at 6 foot even and 175lbs, Danny Herrera isn’t the biggest kid on the field, but he certainly knows what he is doing and what he wants to get out of his team. Danny will be a Senior this fall (2016), and lead his team as their Quarterback.
Herrera has had concerns in the past about coaching staff being consistent. He says, “We have had inconsistent coaches the past couple years, and athletes just leaving in and out. Now this year we have a consistent coaching staff,  amazing talent, and a new district to support us. The school is fairly new and I’m trying to set a tradition of a winning football program. So I do expect a lot of great things this year.”
When asked about other family members playing sports, he smiled while speaking about his older brother. “He went to Florence High School and did great things there. He is currently in college still playing ball. He knows how lucky he is to play at the next level.”
Danny knows it is not just about being a leader on the field. He takes pride in his school work and works really hard to make sure his grades stay up. “My goal as a student athlete is to learn, how to be a leader, how to have discipline, how to work for what you want. I also want to take care of business in the classroom. To go to college is an amazing opportunity, and to be able to play sports too, that’s a bonus.”
Being selected as a 4.0 Sports Athlete is an honor for Danny Herrera. He understands the weight of it. He says he will continue to be a leader on the field and in the classroom. Stay true to your word, my friend. We will be watching!